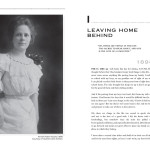 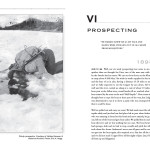 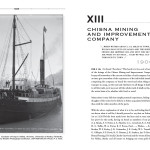 George Cheever Hazelet was born in the small frontier village of Senecaville, Ohio, in 1861. He arrived at a time in America’s history when a handful of people were called a town, and a city might scarcely count 1,000 residents. It was a time of migration and discovery, of wagon trains and mud huts, of new lands extending the size of a nation that was still less than 100 years old. But what times they were, of expansion and possibilities. In 1803, the United States paid France $11 million for 289,000 square miles of land between the Mississippi River and the Rocky Mountains, nearly tripling the size of the nation, although no one knew exactly what lay to the west of the Mississippi. To untangle the riddle of the Louisiana Purchase, President Thomas Jefferson commissioned the great Corps of Discovery, led by Meriwether Lewis and William Clark, to explore this new territory, and find a northwest passage to the Pacific Ocean. The Louisiana Purchase was quickly followed by an agreement with the British that favorably settled the boundaries of Canada to the north, and a series of treaties with Spain that, in 1819, ceded Florida to the United States. The territory of Texas was annexed in 1845, triggering a war with Mexico, which ended with a treaty that gave the United States California, Arizona, New Mexico and Utah. In 1867, Alaska was purchased from the Russians for $7.2 million, and in 1898, Hawaii was annexed – two more places that were largely mysteries.

No doubt emboldened by what seemed like endless horizons, Americans began to move. Wagon trains clogged the Oregon Trail at a pace of 5,000 new families migrating west a year. Within four years of the Homestead Act of 1862, which gave any family willing to settle in the west 160 acres of land, the nearly lifeless plains of Nebraska were populated by 72,000 homesteaders. Trains stitched together communities in a dizzying array of routes and lines, some as short as 30 miles and one as long as the nation when the first transcontinental line opened in 1869. The Civil War had ended, “flim-flam” deals and “carpet baggers” were prevalent, and scheming – taking advantage of this new energy of a nation healing and being reborn – abounded. Millions of people were in motion, most migrating out to the west, each with a dream, a place, a better life in mind.